Tim Henderson and I returned to the project in the autumn at the end of the sailing season and good progress has been made in the last few months. Thank you to all those who have helped in paint stripping.

The first job was to plank up the bottom of the boat with five pitch pine planks each side. They are not finally fitted in the photograph and await steaming and fettling into shape. They are fastened to the new floors with silicon bronze screws. 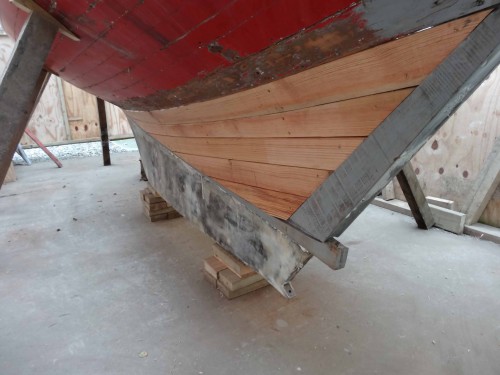 We then took the deck off at the bow and stern leaving the centre section in way of the cockpit to maintain some structural integrity. We found a few badly damaged areas but things could have been worse. Many of the problems were due to ferrous fasteners which had rusted and expanded causing the wood to split and then rot.

The first area for refurbishment was the bow area. The stem head area needed to be rebuilt completely. 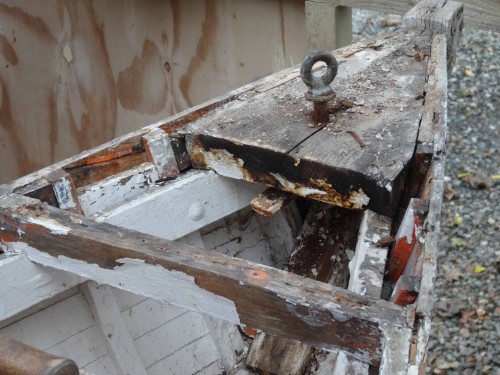 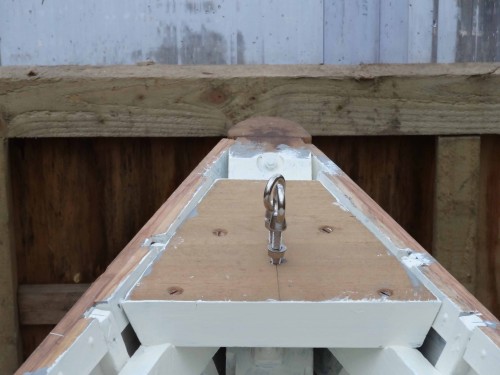 The second area to tackle was after end of the stem post, which had rotted away under the mast step area. There was also rot damage to the stem post further forward and we fitted a doubler to restore the structure. 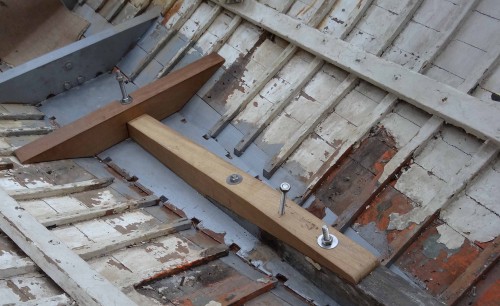 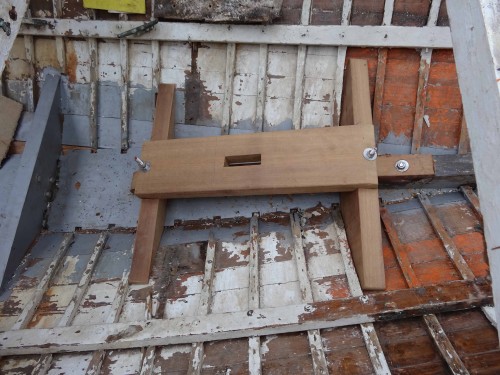 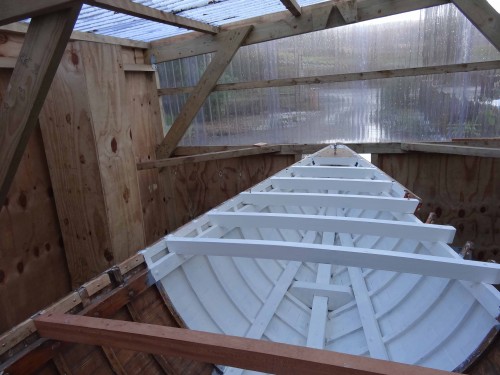 We now came to the most difficult area around the chain plates. The whole structure had rotted away and we had to scarf in a new section of beam shelf on both sides and fabricate new doubler beams. This involved removing much of the sheer strake which was in poor condition anyway, so the decision was made to replace the whole strake on both sides. 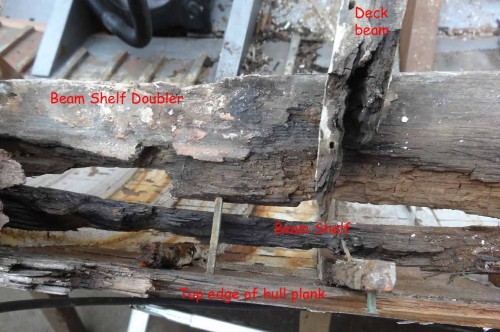 Looking down on the chain plate area 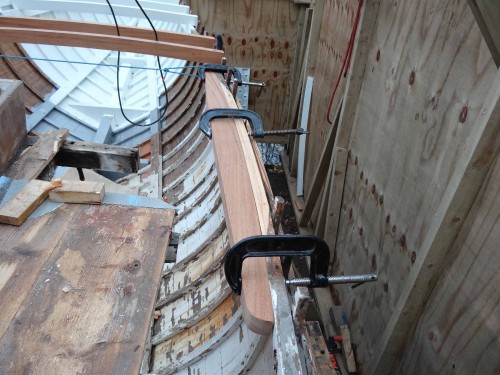 The next jobs are to finalise the bottom planking which will involve using our new steam box to shape the planks. Then we are onto refurbishing the after end of the boat followed by fitting some 68 new ribs.