Below on the left is a picture of Zephyrus at the RNYC, the ﬁrst time I saw her. She may not be up to 8m standard, but nobody can argue that this is a very nice shape. On the right is a picture of her after delivery in Dumbarton.

The survey showed that Zephyrus needed some planks replaced (garboard) and some work on the rudder post. This is when I had to recognise my technical and craftsmanship limitations and called on Chris to help with the work.

The process was to remove the rotten timber (oak), prime the areas to prevent further drying while the templates were being made, replace and caulk the new planks as shown in the pictures below.

One can see that while Chris worked on the wood work, I work on the iron work. The keel was grinded as much as possible to remove the rust, leaving some areas to be ﬁnished with a drill and brush as some of the corrosion pitting had gone deeper than the surface. I used a product called POR-15 as anti-corrosion coating. We will see how it goes, but I have a feeling this will be one of this never ending job. 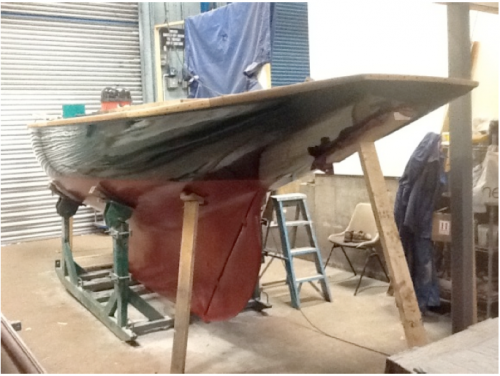 Also some work had to be done on Zephyrus bow as some rotten timber needed to be replaced. Below are some pictures of this work, unfortunately the stem head was too far gone to be saved so Zephyrus will fitted with fairleads as I could not source a reasonably priced brass or bronze stemhead. 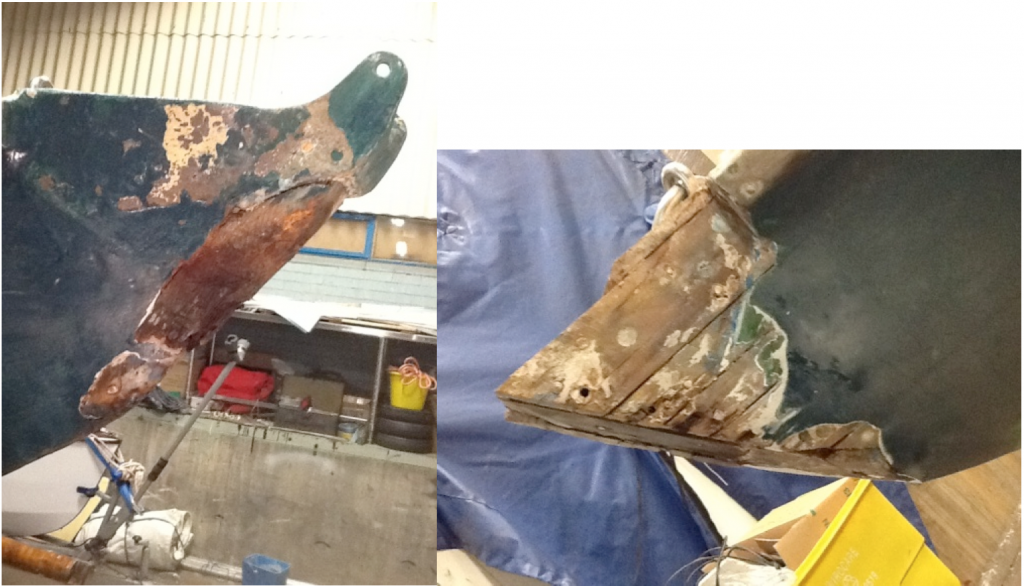 I anticipate that a signiﬁcant amount of this work will have to be re-done this winter once Zephyrus as swollen again as she is pretty dry having been out of the water for over 5 years as far as I can understand.

Work started slowly in December but in earnest from January. Since then and in addition to the work Chris is doing, I usually spend around 20 hours a week on Zephyrus.